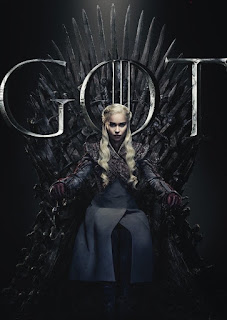 With the reveal of the true parentage of Jon Snow, the wall falling and Cersei stance on not joining the war against the night walkers and her pregnancy at the end of Season 7 of Game of thrones. The full trailer of season 8 is here and excited fans that we are.
Point to note is that last year, Gwendoline Christie ( who played Brienne of Teeth) said  about  the final season that “you’re going to need therapy ” , in her words “I think just the show ending is going to send all of the world into professional help “.
So if you have a therapist friend do well to refer them to your game of thrones friends.
The final season is set to start airing April 14. A month to go until then stay glued to this trailer.
Tell us who you think is taking the thrones in comment section.. ..