Whatever this is they really getting the attention they seek, nice publicity. Just this morning , some set of your guys were seen on third mainland bridge, Lagos wearing just their boxers with a campaign that clearly states avoid the shame of see finish. We’ve identified one of the young men above to be John @johnweylead on IG and Twitter. He’s famously known for his comments on celebrity pages saying “please help me with 1 million naira for my father’s in law burial”
He shares his post with a caption that he has received no help hence the see finish trend. Others speculate it to be a promotion for a soon to be released song. What’s your take on this? Drop in comments 👇 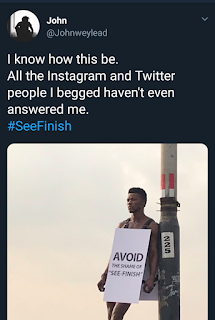 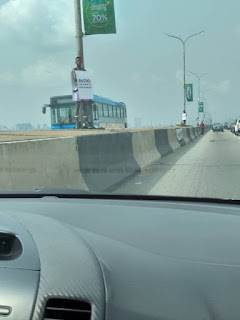 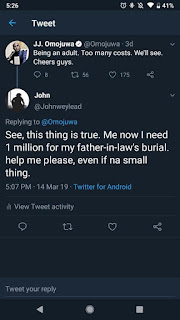 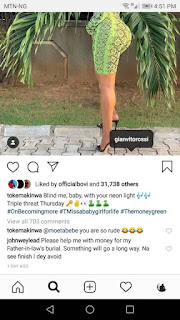