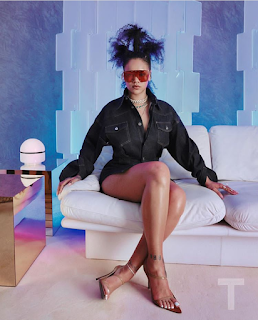 Guess the Bitch has paid Rihanna her money because sis has been named the wealthiest female musician in the world, according to Forbes. .
.
At 31 years old, she has amassed a $600 million fortune, putting her ahead of fellow music superstars including #Madonna ($570 million), #CélineDion ($450 million), and #Beyoncé ($400 million).

But it’s not music or concert sales that make up the bulk of Rihanna’s wealth. Instead, it’s her partnership with French luxury goods giant LVMH, who co-owns Fenty Beauty. The makeup brand launched in September 2017 and became a viral success with a reported $100 million in sales in its first few weeks. After only 15 months, Fenty Beauty has reportedly generated an estimated $570 million in revenue and is worth more than $3 billion overall.