SHARE
August 2, 1997, Fela Anikulapo Kuti, also professionally known as Fela Kuti and simply Fela died. Even in death, Fela was as mysterious, many said he died of complications related to HIV/AIDS although there has been no definitive proof. 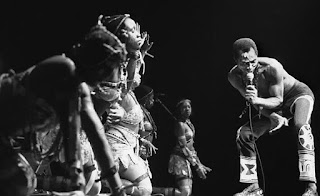 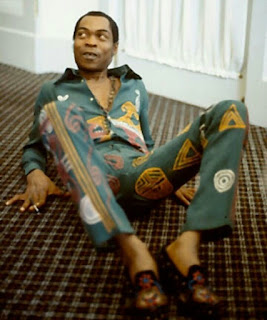 We remember him today with 7 quotes from his music

1. As a play on the ‘A fool at 40 quote’, Fela once said:“They say a fool at 40’s a fool forever. I won’t say that to my brother. Change if you’re a fool at 20/30. Don’t wait until u’re 40.”
2. Most of his songs are filled with powerful imagery and metaphors. In ‘Water no get enemy’, he said:“Water e no get enemy. If you fight am unless you wan die. I dey talk of black power.”
3. As a revolutionary who was never afraid to stand up for his beliefs, Fela was constantly frustrated by the willingness of Nigerians to accept oppression. He said:“My people are scared of the air around them, they always have an excuse not to fight for freedom.”
4. He was also constantly interested in the human idea of religion and spirituality, he once said: “To be spiritual is not by praying and going to church. Spiritualism is the understanding of the universe so that it can be a better place to live in.”
5. Everyday Nigeria is filled with people suffering at the expense of corrupt politicians and ineffectual leaders and Fela Kuti aptly captured it in his song: ‘Shuffering and Smiling’.
Singing:“My people dey ‘shuffering’ and ‘smiling’, everyday na the same thing. Suffer, suffer for world, enjoy for heaven.”
6. Fela had many run-ins with law enforcement due to his radical stance and views. On one occasion his home, Kalakuta Republic in Ikeja was attacked. He was severely beaten and almost all his property destroyed.
Many think this was a fallout of one of his most controversial songs ‘Zombie’ in which he launched a scathing attack on the Nigerian military and law enforcement methods.
“Zombie, oh, zombie, Zombie no go go unless you tell am to go, Zombie no go stop unless you tell am to stop. No brake, no jam, no sense. Joro jara joro,” Fela sang.
7. He also criticised black women who bleached their skin in ‘Yellow Fever’ singing:“Yellow Fever, you dey bleach o, you dey bleach, ugly thing. Who say you fine? Na lie.”
Facts about Fela
In 1996, Fela appeared in court more than 100 times.
He was & still remains the persecuted musician on earth.
1997 : Fela was “a friend of the court” as he has appeared in court  over a 100 times. He is the “Most Persecuted Musician”
In 1989, Fela led a great army of music minds with original Afrobeat sounds as a weapon.
Fela Anikulapo Kuti’s resting place at the Kalakuta Museum. 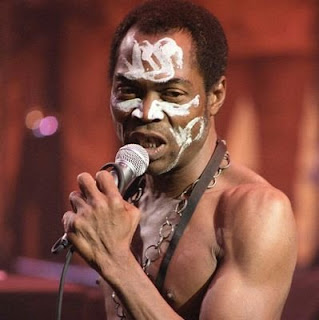