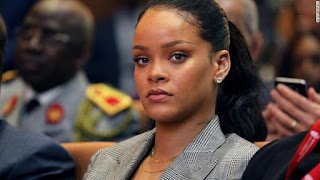 Of all people to mess with don’t mess with Rihanna,and don’t joke with Domestic Violence. We’ve learnt that over the course of time.
Few days a go an offensive Ad about the Domestic Violence issue between America singers Chris Brown and Rihanna at the 2009 Grammy Award’s night was placed on the famous Snapchat App.

Hours later Rihanna called them out saying ;Now Snapchat I know you already know you ain’t my fav app out there, but am just trying to figure out what the point was with this mess! I’d love to call it ignorance but I know you ain’t that dumb.You spent money to animate something that would intentionally bring shame to DV victims,  and made a joke of it. This isn’t about my personal feelings because I don’t have much of them, but all the women, children and men that have been victims if DV in the past and especially the ones who haven’t made it out yet,you let us down. Shame on you. Throw the whole app-oligy away.

and boom since the call out, the app have lost over 1 billion US Dollars. The influence the artist has over the world as taken action, as social media went crazy over snapchat with a lot of fans uninstalling the app from their phones.
See the offensive Ad and Rihanna Reply below… 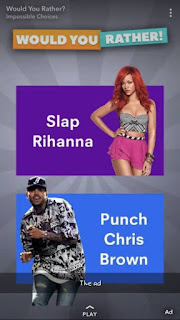 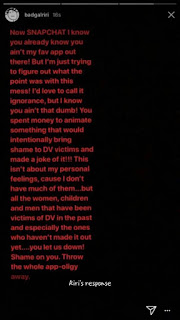 Share this Article
Facebook Twitter Whatsapp Whatsapp
Previous Article Baby Boy For Life!!! Falz The BadGuy to Star as Lead Actor in A Hollywood Series
Next Article Life Threatening Words on a Bill by Student Whose Phone was Stolen
Leave a comment