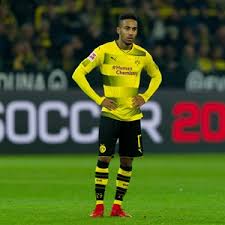 AUBAMEYANG LATEST
It looks like the deadlock has been broken in the deal to bringPierre-Emerick Aubameyang to Arsenal.
Borussia Dortmund wanted £60 million while Arsenal were offering £50m. However, a compromise deal is close to being agreed with Arsenal paying about £55M.
The Telegraph are reporting that the deal has been agree