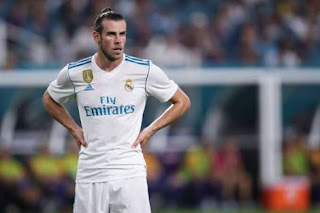 Jose Mourinho would like to sign Gareth Bale if the Welshman does not feature in Real Madrid’s plans.
Speaking at his Super Cup press conference, Mourinho said: “If he is not in the club’s plans, that with the arrival of another player would mean he was on his way out, I will be waiting for him on the other side and fight with the other coaches that would want him on their team.
“But if he plays tomorrow, that is the best confirmation that he is still wanted by the team.”
Bale has been linked with a move away from Real Madrid, who are reportedly chasing Monaco star Kylian Mbappe.