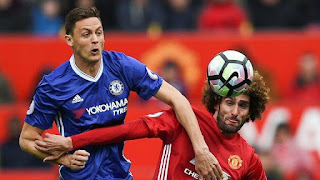 We understand the fee for Nemanja Matic’s move to Manchester United will be around £40m.
Sky sources: Chelsea are letting him join United as a goodwill gesture because of his contribution to two titles in three years.
They would have preferred to sell him to Juventus, but the Serb wants to go to United. Working again with Jose Mourinho again was a big factor in his decision.
Matic has been training at Cobham and if all goes to plan he could be in United squad for Super Cup game v Real Madrid on August 8.