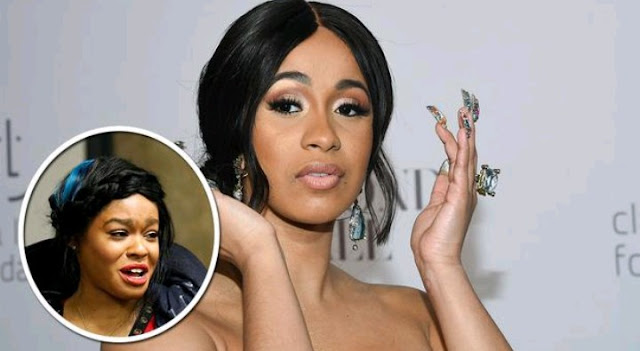 NEW-YORK BORN RAP STAR AZEALIA BANKS HAD ACCUSED CARDI B OF BEING FAKE
The outspoken rap star has hit out at the chart-topping musician, saying that while she’s a fan of Cardi’s single ‘Bodak Yellow’, she doesn’t believe she has the “black woman’s expression”.
Azealia explained: “Dont get me wrong I’m very entertained by Cardi B, and I really like ‘Bodak Yellow’. That’s a really good song, but you are not that girl.
“It’s just truth, you know what I’m saying? I’m not trying to take anything from you, but you know this female rap thing, it’s like a lineage.
“It’s a real fire that burns in a soul, you don’t have that fire, I’m very happy for your success and I love your come-up and I love like seeing you smile and having a good time.
“But this black woman’s expression; the fire of the black woman’s expression,  you don’t have it, Cardi. And you won’t get it, because it’s not you.”
Azealia, 26, subsequently drew a parallel between Cardi and Iggy Azalea, suggesting both rappers are just corporate creations.
She told The Black Media: “We’ve seen this movie before, it was called Iggy Azalea. You know what I mean?
“I know exactly what you guys do. You buy a No. 1 and then you buy a Grammy, you know? It’s all being paid for. I’m not at all trying to take anything away from you.
“S**t, I’d f***ing love if someone paid for me to f***ing get an award. That’s great. But I’m that girl. Nicki Minaj is that girl. Remy Ma is that girl. Cardi B is not that girl. Iggy Azalea is not that girl.”