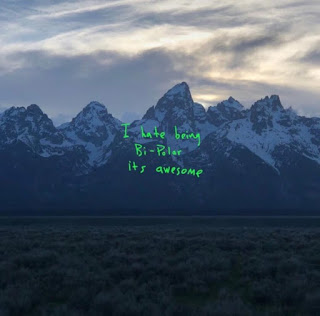 Kanye West released his seven-track album “Ye” today and just last night he had his album listening party. According to his Wife Reality Star Kim Kardashian  he took the album cover while on his way to the listening party with his iPhone . He invited Nas and Kid Cudi to a small mountain town listen to his record and got his album cover 👆. Kanye just one different guy on the map. He featured John Legend ,Ty Dolla Sign ,Nicki Minaj, Jeremih,Party Next Door ,Kid Cudi, and others on the “Ye” project. Meanwhile see the tracklist of his album after the cut….