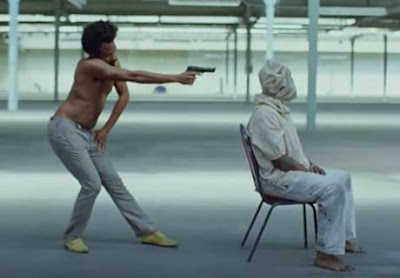 What better way to show art than its realest form ,Donald Glover known as Childish Gambino brought creativity into narrating the Black American Renaissance, Racism, Police Brutality,Gun Violence ,Hip Hop, Dance,Technological Advancement,  Drugs and Cultural Appropriation through his video for his new single “This Is America ” . The video shed light on the revolution of Hip Hop and the Typical  black American Teen.

Artist like Big Sean, Offset, Chance The Rapper, SZA and others contributed to the song either as background vocals or were present in the video.

Watch the video that is currently trending in the top 10 of YouTube and over 10 million views under 24hours after the cut….